Nothing can be of greater importance when exercising than staying hydrated.  Water is life’s most important nutrient, and its values shouldn’t be undersold.  Many people, however, simply don’t know how to maintain proper hydration throughout the day.  If you’re thirsty, you’ve actually deprived yourself too long.  The old adage is that a person should drink eight glasses of water per day.  But did you know that that’s only a bare minimum?  Most people don’t even drink that.  So what should the average person know about proper hydration?

Why Water is So Good for You

Research has shown that water can actually help a person lose weight, as it’s been shown to cause a boost to your metabolism.  Plus, drinking water helps decrease your water retention and flushes your system of toxins.  It also hydrates the muscles, making your body strong, toned, and flexible.  Water can keep your body stay lubricated and healthy.  It also keeps your skin from drying out and diminishes the appearance of wrinkles.

Not drinking enough water can make you feel fatigued, cause headaches from dehydration, escalate muscle cramps, and increase your body temperature.  If you are training, improper hydration can leave you lightheaded and faint.  In severe circumstances, a lack of water can also result in heat exhaustion and heat stroke.

How Much Water Should You Drink?

As stated above, drinking eight 8-oz glasses of water per day has been taught to many of us since we were young.  This approximate two liters per day corresponds to drinking one milliliter for every calorie burned.  Truth be told, how much water you need to be drinking each day should be customized to your daily activity.  But generally speaking, according to the Institute of Medicine in Washington D.C., women—at the very minimum, should drink about 2.7 liters of water per day and men should drink around 3.7.  There are 3.8 liters in a gallon, to keep a reference.

When exercising, the best way to measure how much water you burn is to weigh yourself before and after each work out.  Don’t try to tip the scale in your favor by depriving your body of water after you sweat off a pound or two.  Replenish it with the corresponding loss.

Though it’s not common, it is possible to drink too much water.  If you don’t supply your body with an adequate amount of electrolytes, you can suffer from hypomatremia (also known as water intoxication), which means you have a low concentration of sodium in your bloodstream.  Though this is usually limited to endurance events such as marathons and triathlons, it can be fatal.

When To Drink Water During the Day

Clearly, drinking a couple liters in one sitting would lead to serious discomfort.  Having that much water swishing around in your stomach when trying to exercise will only prove to be counterproductive.

To get started on the right foot, get in the habit of drinking a full glass of water every morning.  When heading to the gym, drink 15-20 ounces an hour or two before, and another 8-12 ounces 15 minutes prior.  When working out, it’s best to consume roughly 8 ounces every 15 to 20 minutes.  The BlenderBottle SportMixer is a great way to track these amounts.

A simple method to remind yourself to stay hydrated throughout the day is having a glass of water with every snack and/or meal.  Not only will this help you to eat smaller portions of food (and cut back on the calories if you substitute out your usual calorie-dense drink), it will aid in your body’s digestive process.  Remember to always drink if you are thirsty, sweaty, or if it’s hot.

What About Water from Food or Other Drinks?

Calculating your water intake from the moisture in your food is so lengthy and involved that it wouldn’t be worth trying.  Especially since the amount added from food would only be a small portion of your daily minimum.  But when it comes to other drinks, there are basically two types: caloric and non-caloric.

Since caloric drinks might be the main culprits in making people fat, drinking them to maintain your health may not be worth it.  Not only do these fail to curb your hormonal appetite, but also our bodies are not evolutionary equipped to handle such calorie-dense liquids.  Remember, the popularity of calorie-dense liquids (besides milk and alcohol) is a relatively recent phenomenon.  Drinks such as soda and coffee also contain sodium and caffeine, which can actually dehydrate you more.

Diet drinks and non-caloric drinks like Diet Pepsi or Powerade Zero seem to be a suitable substitute for water and can also help your body maintain its electrolyte balance.  But studies have shown that artificial sweeteners may increase appetite.  These drinks aren’t healthy for you; they’re just healthier than their sugary alternatives.  At no point should they be considered for your primary source of hydration.

Creatine: What Is Creatine and What Does It Do

This year, you’ve been hitting it hard at the gym. While you can tell you’re getting fitter and... 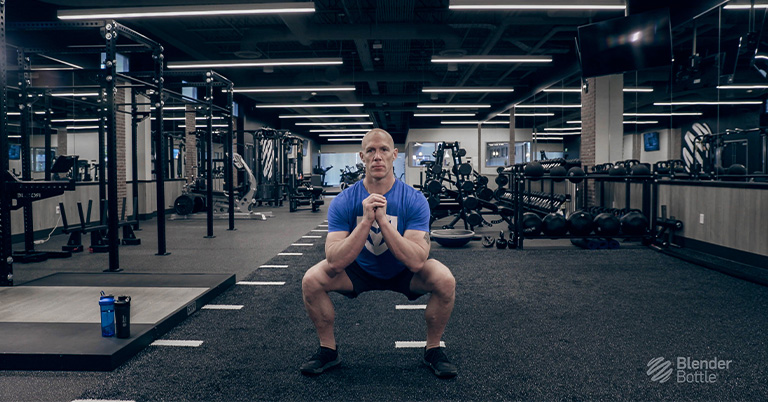