The Pros and Cons of Creatine 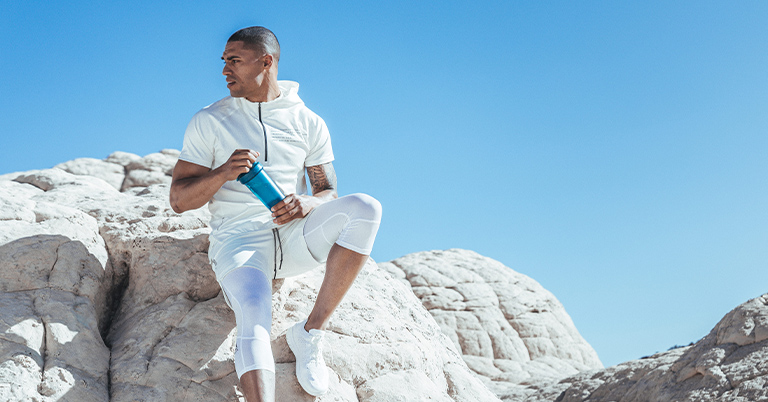 Creatine supplementation can be controversial. Some swear by it, while others question its safety and efficacy. Still others are concerned about the ethics of using a performance-enhancing substance—albeit a legal one. In this article, we’ll get to know creatine and look at creatine benefits and side effects. Then, it’s up to you to decide whether or not supplementing with creatine is the right choice for you.

Creatine is a substance that helps muscles produce energy. It is composed of amino acids, the building blocks of protein. It is manufactured naturally in our bodies, it is present in many of the foods we eat, and it is produced in supplement form.

Creatine is one of the most popular nutritional supplements in the bodybuilding and fitness communities. In sports applications, creatine benefits athletes as a performance enhancer in disciplines that require quick bursts of powerful energy (think weightlifting, sprinting, high jumping, and football). Because it is a naturally occurring substance in our bodies, as well as present in many food sources, creatine is a legal substance under International Olympic Committee (IOC) and National Collegiate Athletic Association (NCAA) rules.

What Does Creatine Do?

Creatine is primarily used as a muscle-building supplement. It has been shown in numerous studies—like this one and this one—to increase strength, performance, and muscle mass. In the short-term it is thought to help increase power output during intense exercise. Long-term creatine supplementation may result in greater gains in strength and sprint performance and increase lean body mass.

In a position paper published in the Journal of International Society of Sports Nutrition, creatine is lauded as a safe performance aid. Additionally, says the report, “research has shown that creatine supplementation may enhance post-exercise recovery, injury prevention, thermoregulation, rehabilitation, and concussion and/or spinal cord neuroprotection.” What’s more, creatine has been studied for its potential positive impact in the treatment and/or prevention of neurodegenerative diseases, diabetes, osteoarthritis, fibromyalgia, and more.

Vegetarians are another group that may see the benefits of creatine supplementation. Meat is a primary dietary source of creatine, and therefore vegetarians typically have lower creatine levels than those of meat eaters.

However, it’s important to note that the majority of research on creatine involves a form known as creatine monohydrate. Therefore, the potential benefits, side effects, and long-term safety of other types of creatine are still relatively unknown.

Creatine monohydrate is the best known and most commonly studied form of creatine. It is inexpensive, widely available, and thought to be highly effective at improving high-intensity sports performance. A great deal of research points to the benefits of creatine monohydrate as a safe nutritional supplement.

Another form of creatine used by some athletes is called creatine hydrochloride (or creatine HCl). The appeal of creatine HCl is its solubility. In lab studies, it has been shown to be significantly more soluble than creatine monohydrate, meaning it dissolves in water much more rapidly. The natural assumption, then, is that creatine HCl will also be absorbed into the body more quickly—helping reduce stomach cramping, which can be a side effect of creatine monohydrate. However, there’s simply not enough research yet to back this theory.

Is creatine safe? Is creatine bad for you? Questions arise all the time around creatine supplementation and creatine safety. As mentioned earlier, creatine monohydrate is generally considered safe. As with any supplement, this pertains to healthy individuals consuming the recommended dosages. While many people take creatine with no obvious adverse effects, some report stomach bloating or cramping. In rare cases or when taken in excess, creatine can cause problems such as weight gain, water retention, anxiety, fatigue, and more. Certain medications may also have dangerous interactions with creatine. (When in doubt, consult with your health care provider before taking any supplement.)

Other types of creatine have not yet been studied enough to understand the potential side effects. Additionally, some people are considered “non-responders,” meaning they exhibit no effect—positive or negative—from supplementing with creatine.

Another potential side effect of creatine supplementation is perception. Some people believe that any performance-enhancing substance is unethical in sport. The topic is a tricky one, as it can be argued that other, more widely acceptable substances—such as caffeine, which is often used to boost performance—should be disallowed. We’ll leave it to you—and to the governing bodies of sport—to wrestle with these concerns.

When and How to Supplement With Creatine

Most creatine proponents suggest “creatine loading,” which typically involves an initial five to seven-day period of ingesting a high dosage, and then scaling back to a maintenance dose for four to six weeks. However, creatine loading is not required—it simply improves the likelihood of seeing the benefits of creatine sooner.

Frequently, people take creatine mixed with juice or other high-sugar content drinks. This is due to the belief that the sugar will spike the body’s process of absorbing creatine into the muscle tissue. Truly, it’s a matter of personal preference. Creatine can be mixed with juice, coconut water, plain water, or any other fluid.

We can’t tell you whether or not creatine supplementation is right for you. That’s up to you, in consultation with your health care provider or nutritionist. What we can tell you is this: if you do intend to take creatine, be sure to mix it with a BlenderBottle® brand shaker. Our patented mixing system using the BlenderBall® wire whisk—found only in BlenderBottle brand shakers—to mix even the most stubborn supplements with ease.

Click here for a more complete guide to creatine.